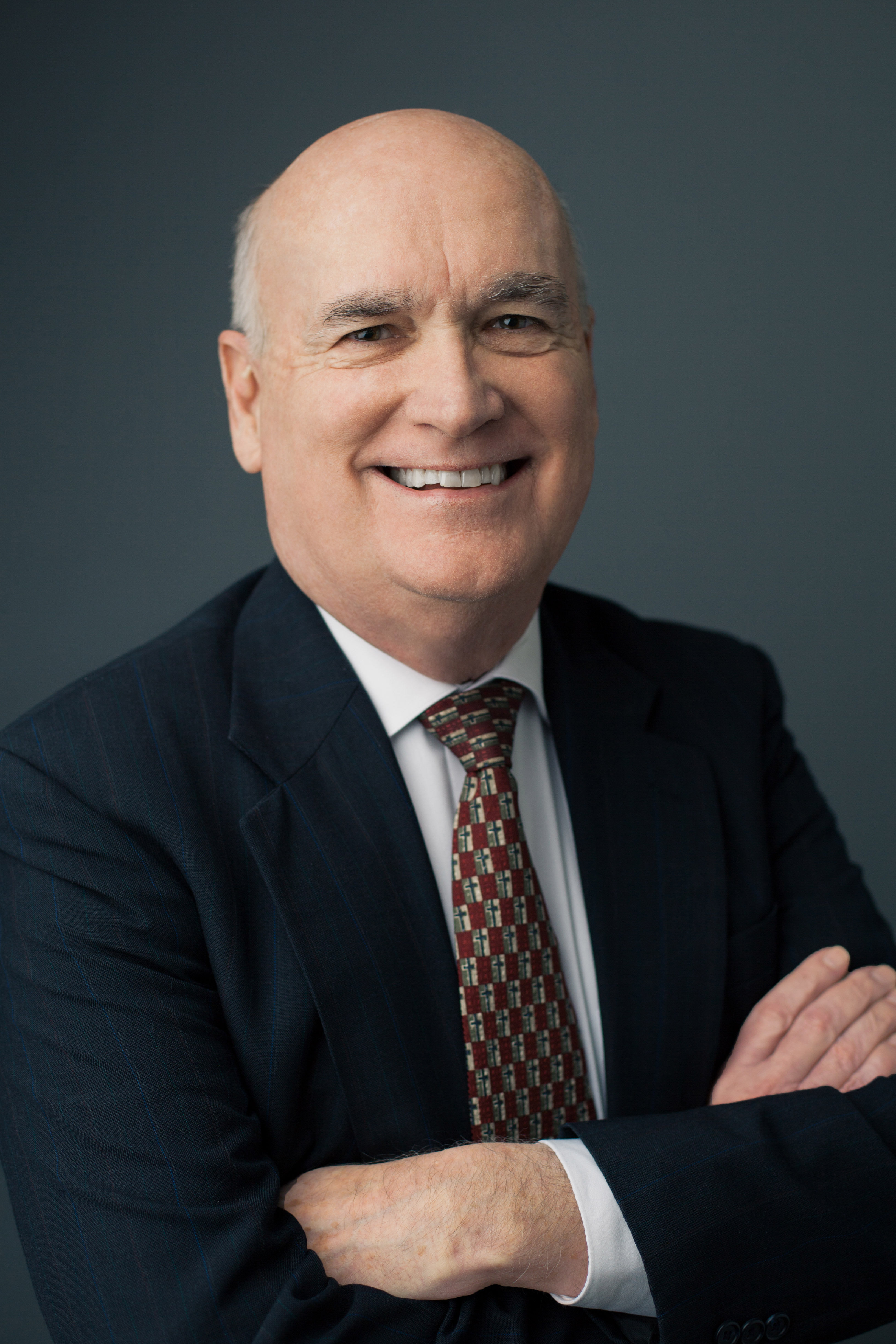 My history with Adventist education goes way back.  I was a student in public school in San Antonio in 1960.  My family and I attended evangelistic meetings conducted by Elder Joe Crews.  At the conclusion of the meetings we joined the Seventh-day Adventist Church.   One of the elders visited our house hoping to convince my parents to send me to church school.  But I liked my friends in the public school.  SinceSan Antonio Junior Academy started a week earlier than the public school theElder suggested I give church school a try for one week so I attended the academy.  I enjoyed it immensely.   My future wife was in that class as well as other lifelong friends.  I graduated from Southwestern Union College Academy.  I went on to Southwestern Union College, now Southwestern Adventist University.  Again, I was not disappointed in the teachers or students at Keene.   Upon graduation from college, I went on to Andrews University in Michigan to get my Masters in Divinity degree.  I was well prepared for ministry in theAdventist church.  I had a great experience in those schools.   Would I do it again?  Absolutely!!  God has blessed me in so many ways.  I cannot count the ways. 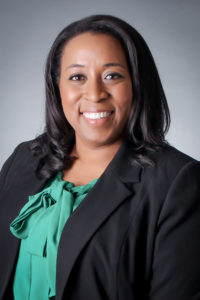 I owe much of my character development, my love for learning and my relationship with God to the education that was poured into me from the dedicated professionals at my schools.  From Maranatha Adventist School to Valley Grande Academy to Southwestern Adventist University, my values have been shaped and molded to be a better person, a great citizen of the world and a child of God.

I will never forget the teachers, faculty and staff that loved me and took the time to train me during my formative years.

I have worked for the church in various states, but Texas is my home.  My education here in the Southwestern Union was the best preparation to serve in education. As I continue my education with a doctoral degree, there is no doubt in my mind that I will use the skills I was taught in Adventist schools for the rest of my life. 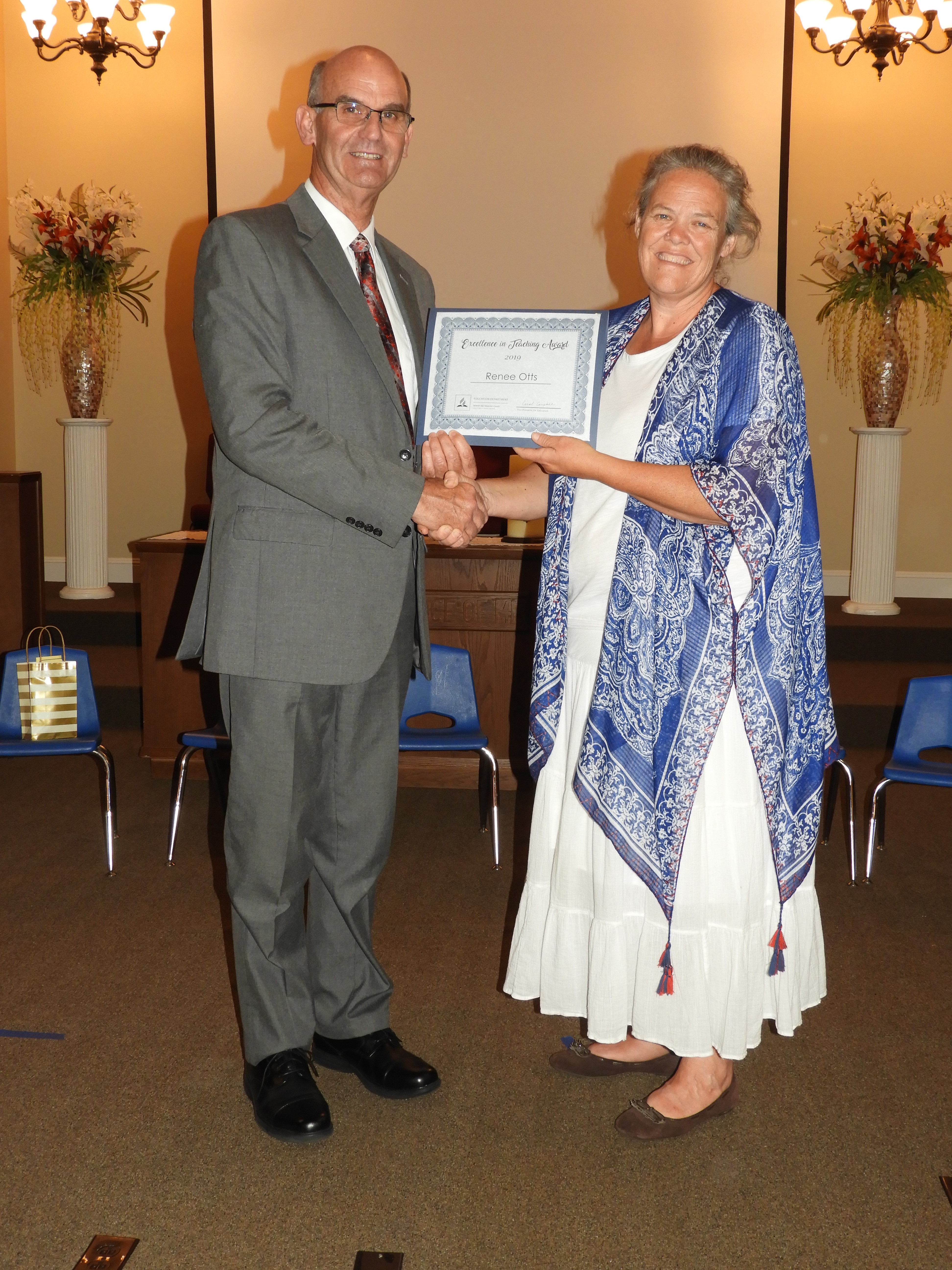 “I’m never going to be a teacher or a nurse!”  Renee and her brother Terry both said they were never going to teach like their dad or be a nurse like their mother; but God had other plans!  From the very beginning, there was a strong attraction to animals and everything that Renee did revolved around acquiring a new pet or padding her resume to get into veterinary medicine.  She got her first horse in elementary school and hasn’t looked back.

Most of her growing years took place in California, where she watched her father, Paul Bonney, lead out in schools as a teacher and principal.  Summers were spent working in our Adventist summer camps teaching horsemanship for 10 years.  Whatever job she took, it was outside and with kids.

God had a strange sense of humor when during her sophomore year at Pacific Union College, Renee took a year off to be a student missionary in Palau.  This was a very tough growing year and when she came back, her focus had shifted from veterinary medicine to teaching!  This year was a time to listen to God and really hear His voice and actually follow God’s plan and not her own.

Along the teaching path, Renee has had wonderful opportunities to work with a wide array of teachers and committees in California, Arizona, Arkansas and Kentucky. She is currently serving the Lord at Bentonville Seventh-day Adventist School. When not in the classroom, she is spending time with her very patient and supportive husband Jeff Otts doing anything they can outside.

From not wanting to be a teacher to being a lifelong learner, Renee has the desire to see Jesus come and wants to see all of her students and their families ready for that Great Day!  She will work in teaching until God calls her to another purpose. 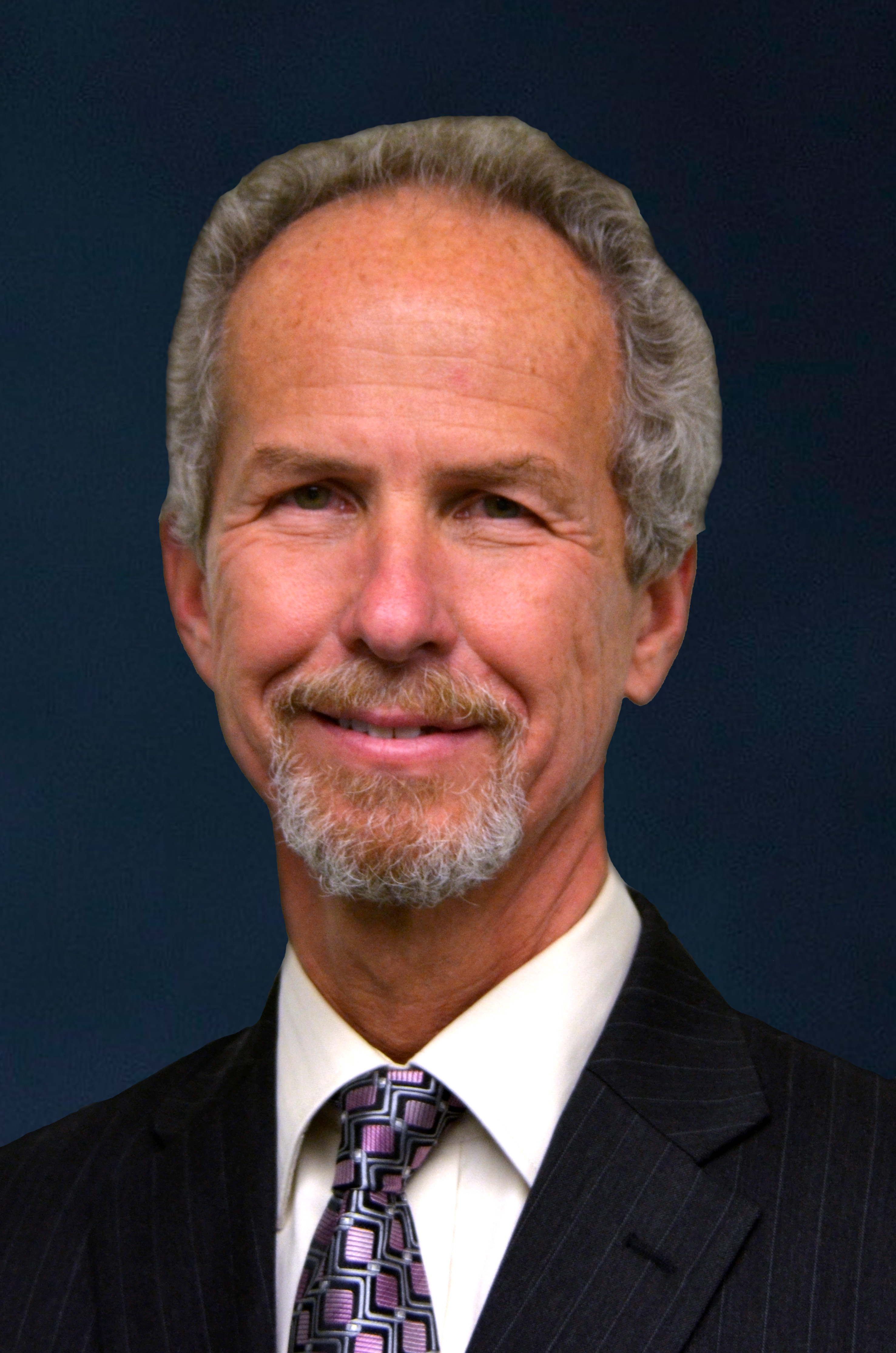 Proverbs 22:6 says, “Train up a child in the way he should go, and when he is old, he will not depart from it.”  My personal experience growing up has proven to me that the writer of this proverb knew what he was talking about.  I came from a family who embraced and promoted the privilege of obtaining an Adventist Christian education.  From the first grade through four years of college, my values, personal worth, and acceptance of God’s grace were shaped by the godly teachers who were able weave the story of Jesus through every subject I took.Since both of my parents were church school teachers, I was not given an option whether or not I would be in an Adventist school.  So, from the age of about four, I attended school.  Back in those days there were no Kindergarten programs, but my mom was allowed to have me in her classroom rather than getting a baby-sitter.  When I had my own children, I had that same philosophy, that the only option for my kids would be to attend an Adventist school.It was in the third grade that I made the decision to give my heart to Jesus.  I know that the weeks-of-prayer at school had a lot to do with that decision.  During a special spiritual weekend my senior year in Academy, I finally fully realized what Jesus’ birth, life, death, and resurrection meant to me personally, and made a more informed commitment to have Him fully in my life.  It was in College that I discovered what the gifts God had given to me were, and realized that He could use them best if I would work for the Seventh-day Adventist Church.I am convinced that because my parents showed me God by their example at home and gave me an Adventist education, and because my Christian teachers taught me more about God in their classes, that I was able to make better life choices and to discern His will for my life.The journey has not ended yet.  God still has more for me to learn, but the foundation was set early in my life.  I pray that I will never depart from God.  I know He will never depart from me. 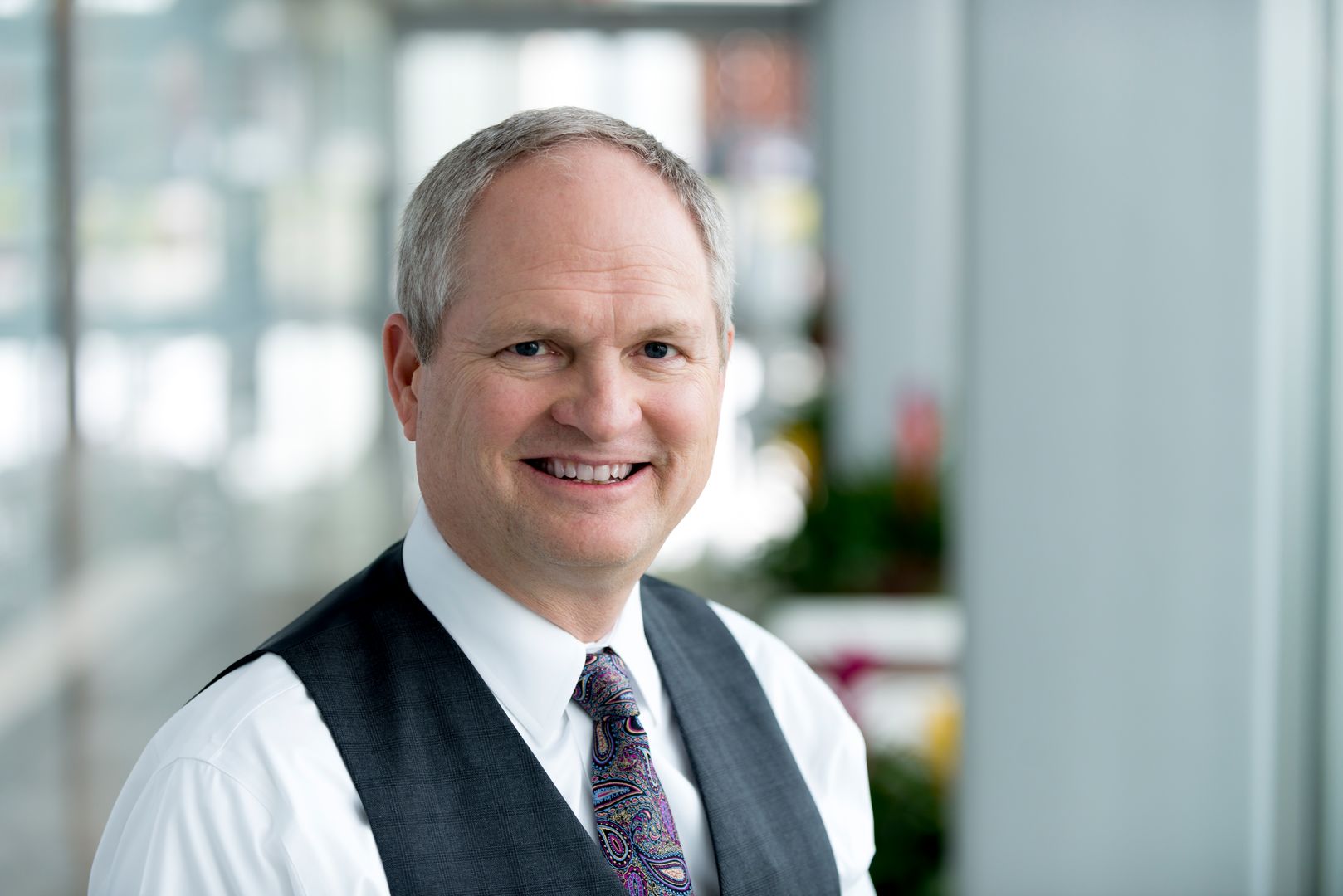 I had the privilege of obtaining 16 years of Seventh-day Adventist education.  I began as a first-grader at Keene Adventist Elementary School (KAES), and graduated as an eighth-grader there in 1975.  I then went across town and enrolled at Chisholm Trail Academy (CTA), from which I graduated in 1979.  From there, I attended what was then known as Southwestern Adventist College, now Southwestern Adventist University (SWAU).  After I graduated from SWAU, it was with some trepidation that I left the comfortable Adventist community in Keene and spent my first day in a public school setting, at the University of Texas School of Law.  I remember being a bit intimidated by the sparkling academic credentials of some of my classmates.   Many of them had attended well-known, excellent private or public universities around the country.  One of my best friends was a graduate of Dartmouth University; another had attended Columbia University.  I think all the major Ivy League and prestigious public universities were represented in our large law school class.  How would I fare?As it turns out, my Adventist education had prepared me very well for that law school experience.  I was fortunate enough to build on that foundation and perform very well academically in that setting, and have, since my law school graduation in 1986, been blessed with an enjoyable and stimulating legal career, in private practice, in government service and now at AdventHealth, headquartered near Orlando, FL. It amuses me now, when I reflect on my own experience, and that of many of my contemporaries, when I hear people express reservations about the strength and value of Adventist education.  In some instances, those who express reservations have themselves enjoyed excellent career success, yet they fail to credit the important role that Adventist schools played in that success.At their best, Adventist schools teach values and character lessons that are increasingly sought in our society and workplace.  Faith-based education creates a different end product than education that is not centered in faith.  I remember how in our smaller classrooms and extra-curricular activities, individual students were given frequent opportunities to lead organizations, to speak in front, to be challenged directly and frequently by gifted teachers.  You couldn’t be a number a hide in the background in the schools I attended.  Opportunities for growth and learning were everywhere.  Little did I realize at the time that many of my colleagues at law school had come from large settings where those opportunities seemed less obvious.  There were many spiritually-influential teachers in my Adventist education.  My first-grade teacher had been a missionary in Ethiopia, and she brought that perspective to our classroom.  My fourth-grade teacher led us in challenging worships each morning from the book of Hebrews and then gathered us around the piano to sing together.  Our principal, Delano Gilliam, was a force of nature who insisted on excellence in every sphere.  I remember so many others in those KAES years whose academic rigor was matched by modeling what it meant to live a committed Christian life.  One of my first experiences at CTA was a school-wide revival led by upper-class students who had returned from a Bible conference.  At SWAU, I was influenced by deep thinkers and accessible mentors like Don McAdams and Erwin Sicher.  It isn’t possible in this short space to credit and remember all the strong influences that shaped my intellect and character in those years of Adventist education.  However, I will be forever grateful for those 16 years.  My wife and I have three children now.  They are not done with their education yet, but together they have been shaped by nearly 35 years of Adventist education thus far, and we are very pleased.  We are so thankful for schools where the life lessons we teach at home are reinforced, rather than torn down.  I do not wish to criticize parents or families that make other choices regarding their children’s education.  I am quite passionate, however, in reassuring those same parents and families that if they choose Adventist education – provided it is adequately staffed and appropriately funded, as my schools were – they will not regret that choice, and their children will have every opportunity to succeed, both today and for eternity.